At the foot of Mount Fuji, Proximar is building the first land-based farm for Atlantic Salmon in Japan. The facility consists of two separate buildings, a Hatchery & Nursery where fish is raised from egg to ~100g and a Post Smolt Grow Out site where the fish is grown to harvest size of ~5kg. The production is based on a Recirculating Aquaculture System (RAS) provided by AquaMaof.

Operational startup of the facility was in October 2022 and first harvest is expected medio 2024. At full capacity, the Oyama fish farm is targeted to produce  ~5 300 metric tonnes (HOG) of salmon per year.

Is currently building the first fish farm for Atlantic salmon in Japan, at the foot of Mount Fuji, Oyama. The land-based facility, which will be completed in 2023, is expected to be serving fresh salmon to Japanese consumers from mid 2024.

Learn more about our fish farm

The land based production ensures high quality production and stable harvest volumes all-year round, with minimal use of water, electricity and additives. Proximity to the market enables us to deliver unparallelled freshness, without the need for air freight. Our production takes place in a fully closed environment with minimal environmental footprint, both locally and globally, securing a sustainable and safe product.

Learn more about our fish sustainability

We have completed the Hatchery and Nursery building, where the production was inititated in October 2022. In parallell, we are building  the Post Smolt Grow-out facility where steel erection is currently being completed 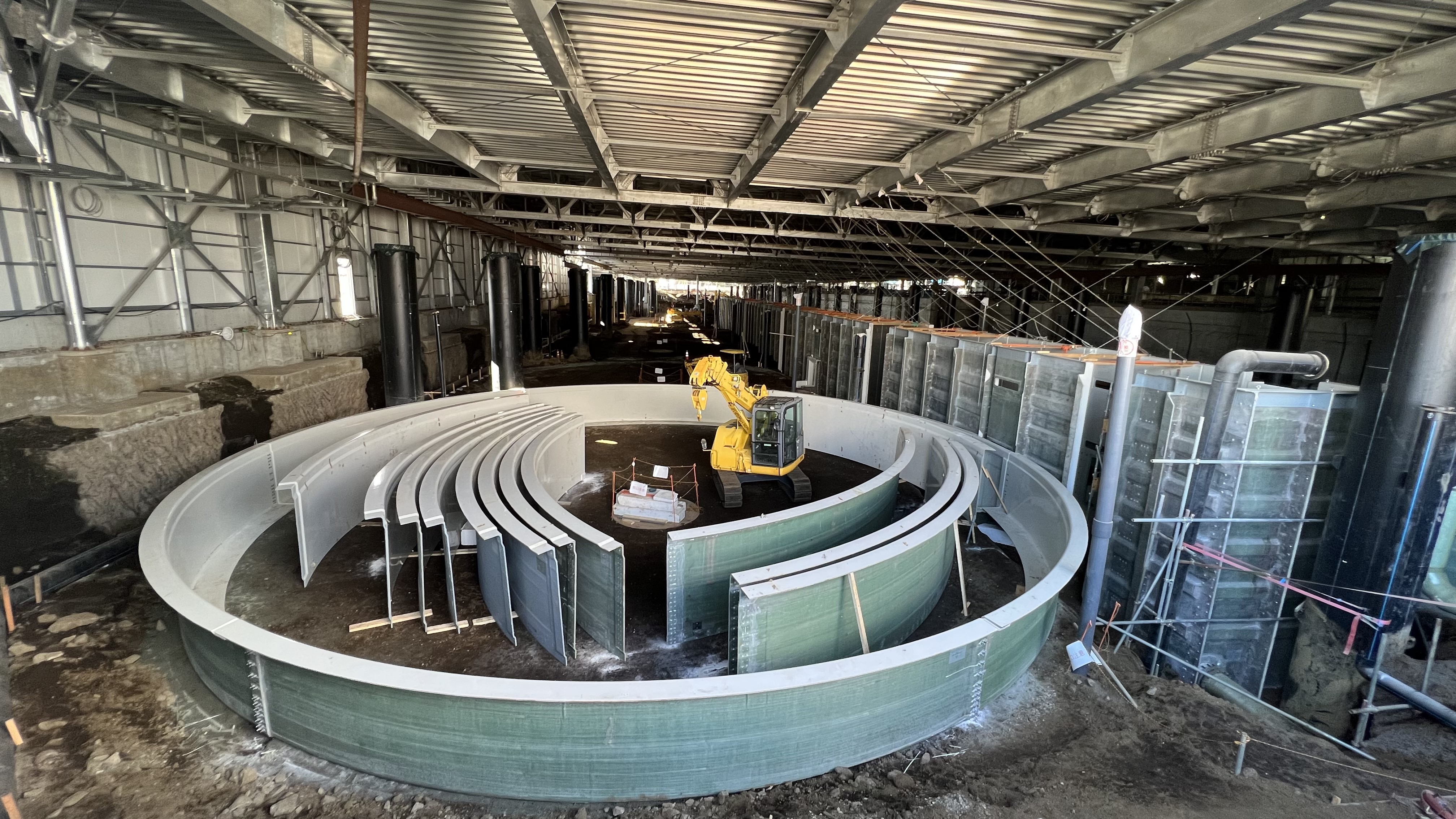 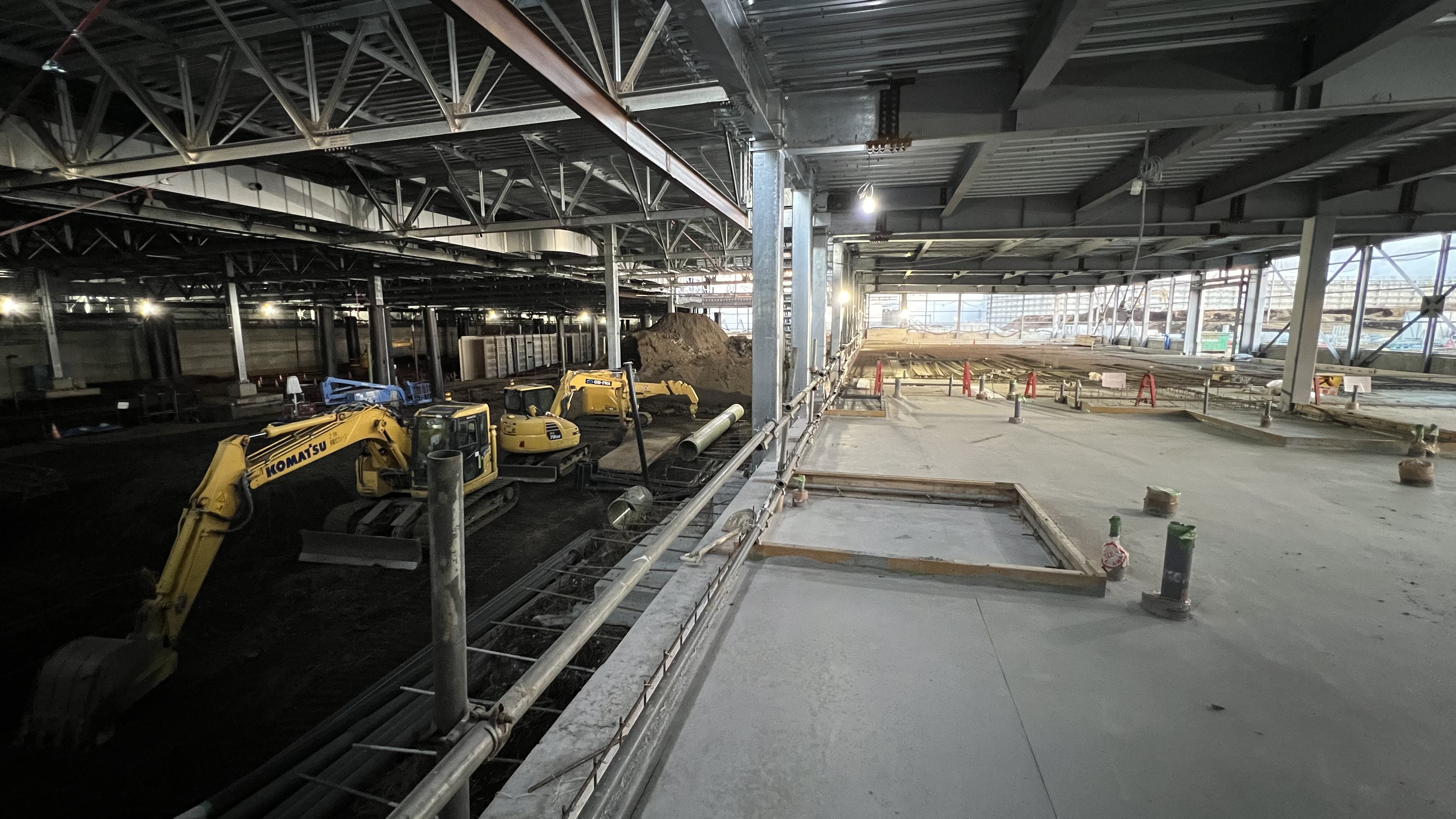 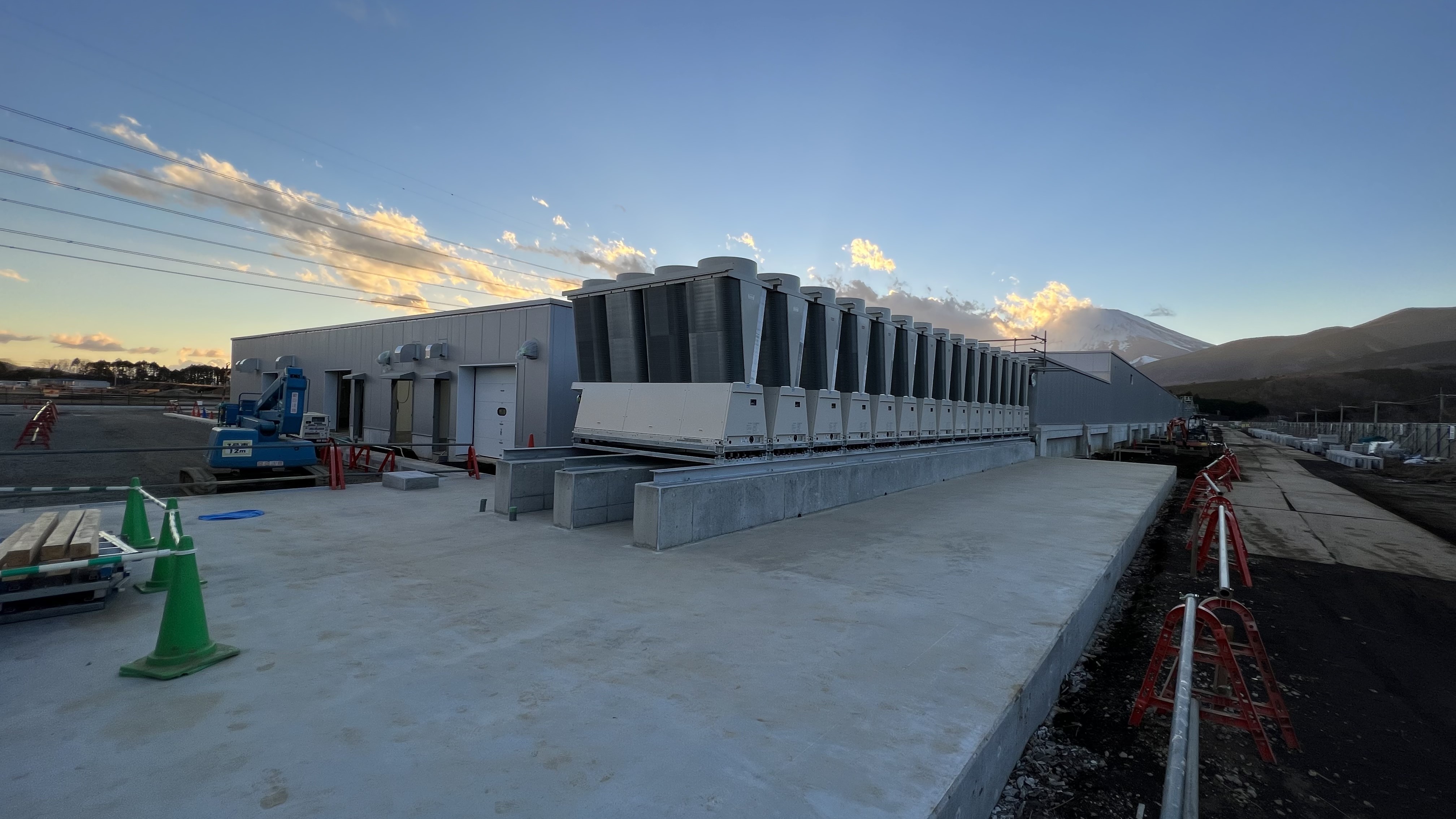 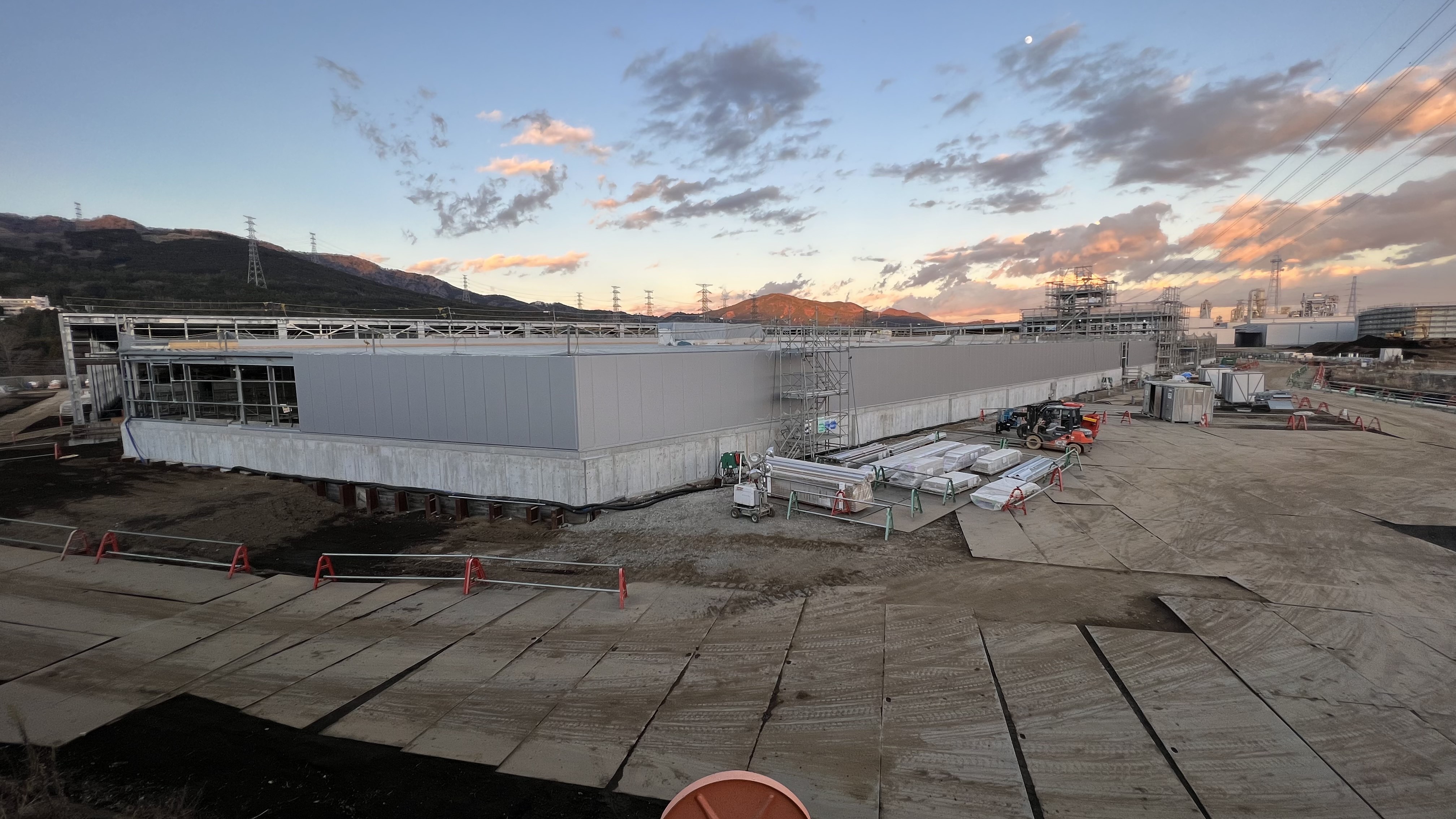 We have installed the Oxygen Dissolvent System (ODS) for the Hatchery & Nursery Facilities and are currently raising the steel structure for the building.

At full operational capacity, the site is targeted to produce ~5 300 tons (HOG) of Atlantic Salmon annually. Being located within a two hours drive from Tokyo, this ensures unparallelled freshness, enabling us to deliver salmon to the consumer on the same day as harvested.

The facility is based on Recirculating Aquaculture System (RAS) technology from AquaMaof, a leading supplier within land-based fish farming. The system has a high degree of modularity, redundancy and buffer capacity. It also benefits from low inherent complexity which decreases operational complexity and points of failure related to malfunctioning and equipment break-down.

The AquaMaof solution has delivered great growth conditions for a wide variety of species for  many years, in multiple countries. The design has remained unchanged for more than a decade, which demonstrates its functionality and robustness. There have been no incidents of mass mortalities due to system malfunctioning or H2S in any AquaMaof facility, which is otherwise considered a major risk factor within land-based fish farming.

The system performance has further been confirmed since 2017 for Atlantic salmon in AquaMaof’s facility in Poland. For  5 years, the facility has been producing salmon, and steadily harvesting market size fish since 2019. The performance seen here is supportive for Proximar’s production plan, showing stable growth rates, production at commercial densities and low mortality. The fish also scores well in test panels with regards to taste and texture, which has been a challenge for some land based fish farmers. 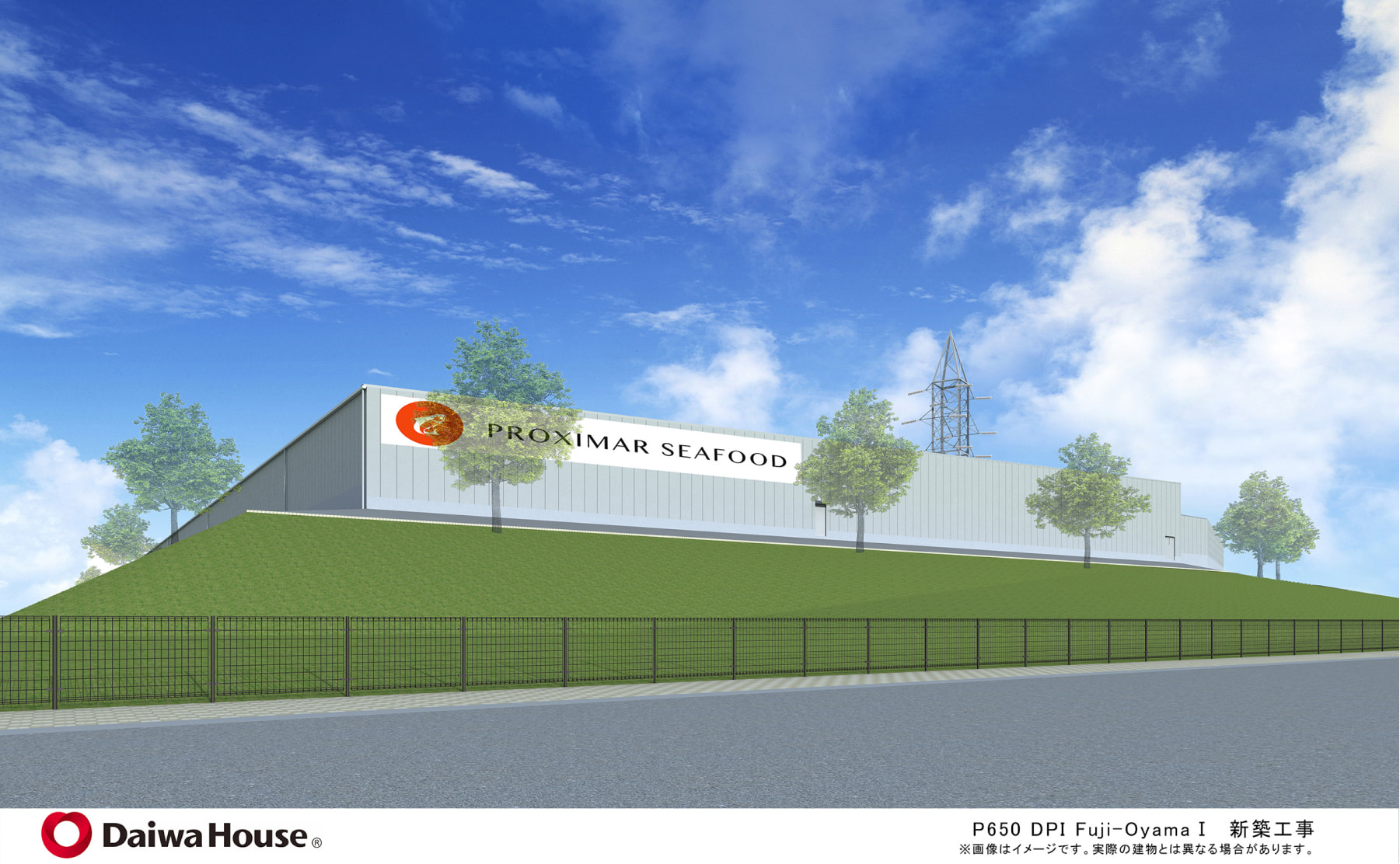 The Proximar facility consists of two separate buildings, which is further separated into six modules:
Two modules in the Hatchery & Nursery (HN) building, where the fish is raised from egg to ~100g. This is to be completed in Q3 2022, with the first egg introduction following swiftly thereafter
‍
Four modules in the Post Smolt Grow-out (PSG) building, where the fish is grown from ~100g to harvest size (~5kg). The PSG will be completed in Q3 2023, in time for the transfer of the first smolt from the HN.

Each module has its own independent water treatment and oxygen supply, and all critical functions have 100% backup capacity. 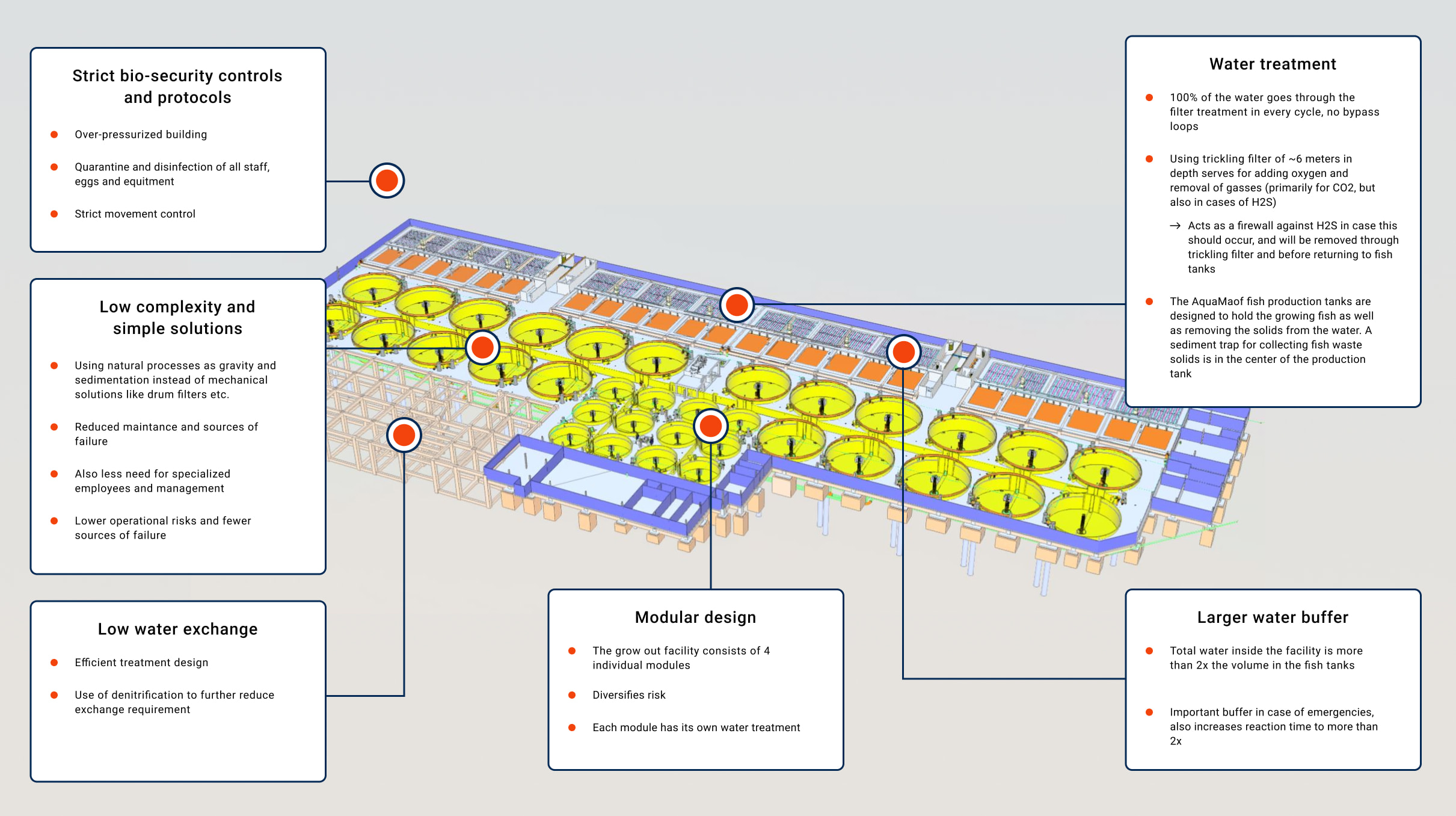 For more information about our technology visit https://www.aquamaof.com/
or take a virtual tour of their facility in Poland here

Land based farming of Atlantic salmon at the foot of Mount Fuji, combining Norwegian aquaculture expertise with modern and proven technology.